Growing Old With Dignity and Independence

For so many years, my brother and I had tried to convince our parents, both of whom crossed 75, to come and live with us, explaining how convenient it would be for them to do so. My brother and his wife are both doctors practicing in leading hospitals of the city, my wife has always been the first port of call for my parents for any assistance, I have been actively working with elderly, the grandchildren, who they love, are around! They could live with any of us, have their own space in the house, and would have nothing at all to worry about. It should have been a no-brainer. But they always resisted. They visited us but wanted to return to live in their own home, accepting its myriad problems. It has taken me years of building an eldercare organisation and working with thousands of elderly to really appreciate the importance of growing old with dignity and independence, irrespective of where the elderly are or where they come from.

Independent research and our own work have shown that there are two major factors driving the sense of independence and dignity for elderly. These become evident in choices elderly make, sometimes to the frustration of their children like us, like not leaving their home, not giving up driving, not changing their phone, not taking medical tests etc.

The desire to be in control of one’s own life

One of the biggest fear elderly have is losing control. Key reason for their overwhelming presence to stay in their own home is the sense of control they have on their environment, the familiarity with the surroundings even beyond the home, the freedom –  whether exercised or not – to move things around at will, to invite others in etc. The presence of friends of many years, or even acquaintances and familiar faces who they have been seeing over time, provide a comfort which offsets the physical challenges of living on their own. We have seen elderly from all walks of life, move to managed care arrangements or with family members, essentially when driven by health dependencies, or financial constraints.

Independence has a bearing on another very important aspect of life for elderly, which is elder-abuse. Dependence is what makes abuse possible. We have seen numerous cases of seniors living in an abusive relationship with children or extended family. It may be mild and only emotional, or in some cases violent and physical. This is the other reason why independence – physical, financial and emotional is so very important for happiness and peace of mind of elderly.

Societies and countries where public services, infrastructure and community attitudes provide necessary means such as easy mobility, preferential access, volunteer systems for elderly, effective means of redressal for elderly to continue to be self-reliant and independent for longer, have a happier and healthier senior population. Places which do not, need private initiatives which help provide an ecosystem of support that elderly can enlist at their own will, to stay independently in their own home.

The need to serve a useful purpose

In a research we conducted with nearly a thousand elderly Indians the three most important emotional needs they mentioned were: the need to meet people, the need to go out and, the need to continue to be useful in some way. The last one was overwhelmingly dominant. They related serving a useful purpose to being valued by others.  This is directly related to what gives a sense of dignity in life. Dignity for elderly can be understood in two parts: How others see and treat them; and how they see themselves. The general understanding often stops at the first part. We are taught to treat elderly with dignity, to protect their dignity – in matters of daily living, conversations, caregiving etc. Critical as it is, is the easy part. It should certainly be part of the training of everyone in the care ecosystem, and every human being should be sensitised about it from the beginning. From the perspective of elderly, this is not in their control. What can they do to protect their dignity? Our research shows that by helping them get engaged with something they feel is serving a useful purpose, gives them self-worth, raises their self-esteem and confidence and puts them in control of maintaining their dignity. The society also stands to benefit from this, looking at elderly as resources rather than mere burden to manage and provide for.

Does this enhance the well-being of elderly? We believe that ensuring the sense of independence and dignity is equally important as being physically healthy for seniors. The latter may get compromised at sometime due to disease or infirmity, but the former can be ensured even then, helping them lead a happier life. Our experience with several hundred families under our care across India provides a recent affirmation of the benefit of following this model. As a group, the families in our care have seen significantly fewer infections, faster recoveries and negligible emotional distress during the last one year of covid19. It is time to broaden the perspective from merely physical care of elderly and focus on holistic well-being and happiness for elderly as they live longer.

Asheesh Gupta is Industry Scholar at Cornell Institute of Healthy Futures, Cornell University, and the Founder of Samarth Eldercare, which is India’s leading national organisation reaching about 10 million elderly in India through its various initiatives. 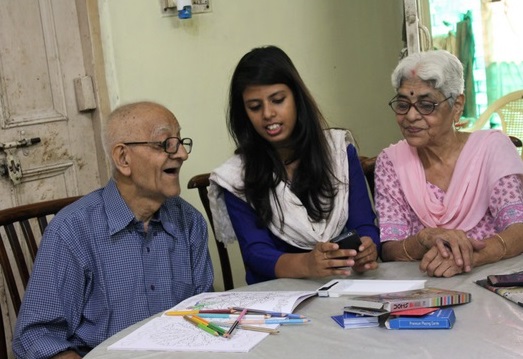 The case of standard in senior living facilities 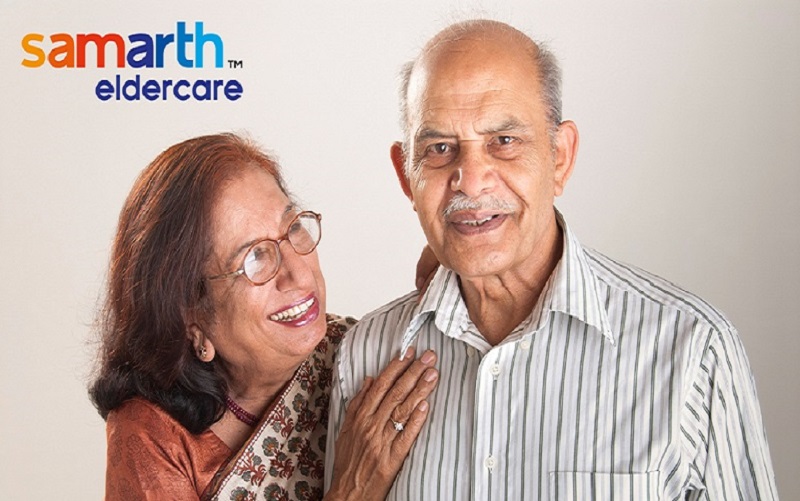 How Corona Impacted our Parents

For a free consultation without any obligations, fill in the form below and we'll get in touch with you.
contact@samarthlife.org
Comprehensive Care Gold

This is our popular  plan most members start with, covering all essential needs of elderly. It ensure that home environment is safe & secure, both emergency & regular healthcare needs are taken care of, makes their life convenient in so many ways and helps them feel engaged, connected and useful, which is so important for their emotional well-being.